skip to main | skip to sidebar

Ma and the Quixocity of Life

Breaking with the Memory Lane reveries to bring some breaking news in the family about Ma, family matriarch.

Since Donnie's mother died in 1999, my mother has become the family matriarch. One sort of expects matriarchs to go on forever, and those who have read my book, Blest Atheist, certainly know that Ma was not a model mother but very abusive. Nonetheless, a mother is a mother, and a matriarch is a matriarch. One does not think about the death of either.

However, two days ago Ma, who has always been strong as a horse (comes from living on a farm), had a massive stroke that has paralyzed her right side and voice (extremely frustrating for her because she is a talker -- one listens, she talks). Today, the doctors determined that she cannot swallow and will need a feeding tube to live, but they are giving her the choice whether to have the feeding tube or not since she is coherent and can communicate by nods. There is also the complication that the surgery to put in the tube could be deadly because her high blood pressure is still not contained.

She was, at first, leaning against the tube but is now leaning toward it. The cboice is to battle on or rest in peace. It is rare that one really has a choice in which both versions are so different but can be right and natural.

While her 8 children would like to weigh in on the decision, of course, we are all giving her the space to make the decision without influence.

Posted by Elizabeth Mahlou at 3:47 PM No comments: 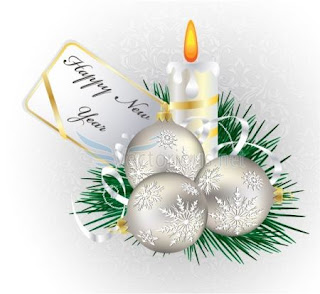 It is amazing how a few months turned into two years. Not all of it has been a matter of being MIA. Rather, I have had to fight with folks who have hijacked my blogsites, wanting money for me to rescue them, and I would not do that. So, they have stayed dormant until the hijackers gave up -- or at least seem not to be in sight at the moment.

So, I am back, and I look forward to renewing old acquaintances in this new year -- and to learning of your mystical experiences in the intervening time.
Posted by Elizabeth Mahlou at 1:37 PM 2 comments:

Elizabeth Mahlou
I am the mother of 4 birth children (plus 3 others who lived with us) and grandmother of 2, all of them exceptional children. Married for 42 years, I grew up in Maine, live in California, and work in many places in education, linguistics, and program management. In my spare time, I rescue and tame feral cats and have the scars to prove it. A long-time ignorantly blissful atheist converted by a theophanic experience to Catholicism, I am now a joyful catechist. Oh, I also authored a dozen books, two under my pen name of Mahlou (Blest Atheist and A Believer-in-Waiting's First Encounters with God).